When Liz and Greg Toles took their then eight-month-old daughter, Peyton, to a walk-in clinic in May 2008, they knew something was seriously wrong. “Peyton had dark circles under her eyes. She was listless, breathing rapidly, and struggling for air. They tested her blood sugar, and it was through the roof,” Liz recalls.

Peyton was diagnosed with type 1 diabetes. She spent four days in hospital being treated and recovering from a potentially life-threatening episode of diabetic ketoacidosis. (DKA is a serious complication of diabetes that can happen when a person’s blood sugar is too high for too long, and the body produces ketones, or acids.) Still reeling from the shock, her parents wanted to do something positive and constructive.

While sitting at a picnic table outside the hospital, Greg suggested they start a local fundraiser for diabetes, and Liz proposed the idea of hosting a Poker for Diabetes event in their community of Lethbridge, Alta. “Liz and I met when we were working at the casino in Lethbridge after university,” says Greg. “We were both dealing cards and our favourite game was poker. It was in our blood. We knew a lot of people who played and would be supportive.”

A winning hand for D-Campers

The Toles held the first annual Poker for Diabetes fundraiser that September and it was an immediate hit: 90 people attended, dozens volunteered, and they raised $10,000. “In the second year, we decided to direct most of the money raised to [Diabetes Canada] summer camps for kids with type 1 diabetes. We started donating $10,000 a year to Camp Jean Nelson and haven’t stopped since,” says Greg.

Over the past 10 years, the Poker for Diabetes Foundation has raised $100,000 for this Alberta-based D-Camp, located in the picturesque Rocky Mountain foothills just outside Water Valley. Peyton, now 11, was a camper for the past two summers and thoroughly enjoyed the sports, arts, and outdoor activities. “The biggest thing for Peyton was seeing 100 kids exactly like her [at camp]. The social aspect is huge, and when I picked her up, she didn’t want to leave,” says Greg.

Seeing how this special camp experience can build the confidence and independence of children with type 1 diabetes fuels the Toles’ passion and commitment.

Liz and Greg are doers, motivated to help not only their own daughter but all kids living with diabetes. They’re very passionate about D-Camps and its benefits for kids,

Gupta nominated Liz and Greg for the 2018 National Volunteer of the Year awards, which honour volunteers for their outstanding long-term dedication and commitment in supporting the work of Diabetes Canada.

For children living with type 1 diabetes, D-Camps offer opportunities to safely enjoy the same authentic camp experience that so many kids enjoy. As the parents of an infant newly diagnosed with the disease, Liz and Greg had to learn how to make Peyton’s life, and their own lives, as normal as possible.

“It was a hard learning curve at first. Peyton was so little she couldn’t tell us how she was feeling. But we learned what foods are good and how to read her non-verbal cues, so we could recognize if her blood sugar was high or low,” says Liz. “Now Peyton manages her blood sugar and asks for help if she needs it.”

When Liz, Greg, and Peyton share their story at the annual Poker for Diabetes nights, it is reassuring for parents of children newly diagnosed with diabetes. “The moms and dads feel a sense of relief. They can see we’re not at a place where we’re struggling with day-to-day life. Parenting a child with diabetes is about learning a new normal and [realizing] your life will become normal again,” Liz says.

Has your child recently been diagnosed with type 1 or type 2 diabetes? You are not alone! The discovery can be difficult emotionally, but remember: While diabetes is now part of your life, it is not your—or your child’s—entire life. Visit Kids, Teens & Diabetes for tips to help you and your family.

D-Camps gives children with type 1 diabetes the opportunity to enjoy an authentic camp experience while learning to better manage their diabetes.

There are many signs and symptoms that can indicate diabetes.

Know the signs About Signs & symptoms 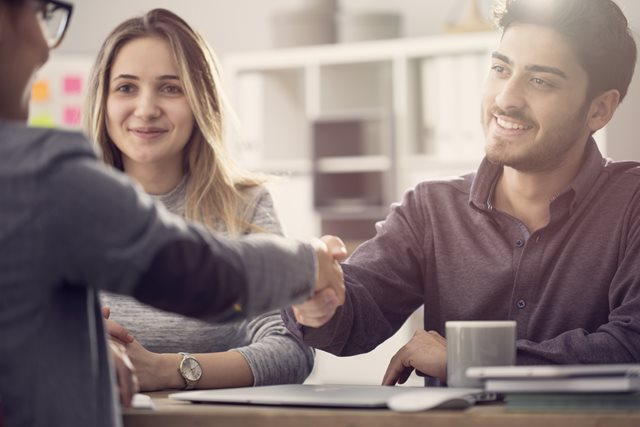