Diabetes Canada established the Young Scientist Award in 1987 for the purpose of encouraging, by appropriate recognition, outstanding research conducted in Canada by young scientists in the field of diabetes. This award continues today with the support of the CH Best Research Fund of Diabetes Canada and CIHR-INMD. The award consists of a plaque and a cash award of five thousand dollars ($5,000). The significance of the award and the distinguished recipient is recognized by a special lecture. 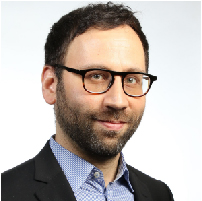 Following his clinical training in Nephrology, Dr. Cherney completed his PhD in human renal physiology at the Institute of Medical Science, University of Toronto, in 2008. He is currently Associate Professor in the Department of Medicine, University of Toronto and a Clinician Scientist at the University Health Network and Mount Sinai Hospitals, where he is Director of the Renal Physiology Laboratory. He is currently supported by the Canadian Institutes of Health Research, the JDRF, the Heart and Stroke Richard Lewar Centre of Excellence, the Heart and Stroke Foundation of Canada and the Banting and Best Diabetes Centre. He is also supported by a Department of Medicine, University of Toronto Merit Award. Dr. Cherney’s research program focuses on physiological factors that initiate renal disease in patients with diabetes, such as renal hyperfiltration and inflammation, and the role of the cardiorenal axis in diabetes. His research group is also involved in phase 2-4 clinical trials in cardiorenal medicine, including several primary renal outcome trials in patients with and without diabetes. Dr. Cherney’s research program is closely aligned with his integrated and multidisciplinary cardiac-renal-endocrine clinic at the University Health Network, which maintains a strong emphasis on the prevention of diabetic nephropathy and cardiovascular disease. In 2019, he received the American Society of Nephrology (ASN) Distinguished Researcher Award for outstanding contributions to nephrology. In 2019, he also received the Diabetes Canada/CIHR - Institute of Nutrition, Diabetes and Metabolism (INMD) Young Scientist Award.

The award will be made for research conducted, by a Canadian citizen or landed immigrant, in the field of diabetes at an institution located in Canada, on the basis of original scientific contributions, as judged by the nominee’s publications. To be eligible, an investigator must not have passed their forty-fifth (45th) birthday by January 1st of the year in which the award is to be bestowed. Submission will also be accepted for individuals who turned 45 last year if the nominee has experienced significant disruptions to their early research career due to family, career, or similar issues. However, information regarding the disruption should be provided by the nominee. The review Committee at its discretion will determine the eligibility of applicants with career disruption.

Nominees are encouraged to be members of the Professional Section of Diabetes Canada.

Nominations may be made by members of the Professional Section of Diabetes Canada.

The nominator is responsible for coordinating the nomination and for providing one electronic copy of the required information:

Nominations will be reviewed by a past Young Scientist Award recipients under the direction of the Nomination and Awards of the Professional Section Executives of Diabetes Canada.

The award will be presented at the Diabetes Canada/CSEM Professional Conference and Annual Meetings in October each year. This will be followed by a lecture from the awardee.

Completed nominations must be submitted electronically as a PDF document to Diabetes Canada by April 30, 2019 to research@diabetes.ca.

In the event that no suitable nomination is made, the award will be deferred for this year.

For more information or to submit your nomination