Hon. Patty Hajdu
Minister of Health
House of Commons
Ottawa, ON K1A 0A6

We are a group of medical professionals from across Canada who are concerned by the growing epidemic of diabetes in our respective provinces and in Canada. We are writing to urge the federal government to implement without delay Diabetes Canada’s proposed Diabetes 360° strategy for the prevention and management of diabetes.

As you know, diabetes or prediabetes now directly affects one in three Canadians, and prevalence of the disease is growing at a rate of 40 per cent per decade. Neither the human nor the financial costs associated with the disease are sustainable – it is time for action.

Diabetes 360° is a comprehensive strategy that is the result of extensive collaboration among more than 120 stakeholders from across Canada. It is informed by evidence and international best practice and charts a clear path towards reducing the prevalence of diabetes and its complications among all Canadians.

It envisions the creation of a Center of Expertise that will: create a foundation of data and metrics to accurately describe the burden of diabetes and the effect of interventions on reducing it; facilitate the sharing of best practices across provinces and territories; and support provinces and territories in integrating continuous and quality improvement methodologies into the clinical management of diabetes. Diabetes Canada estimates that it can prevent millions of cases of type 2 diabetes and billions of dollars of health care expenditure in the coming decades.

Provincial-level initiatives alone are not enough to address the growing burden of diabetes. Canada (and Canadians) need the kind of integrating framework, consistent measurement and best practice sharing that a nation-wide strategy such as Diabetes 360° provides.

That is why we are writing to urge you to ensure that appropriate funding for the implementation of a Diabetes 360° Center of Expertise is made available as soon as possible, so that work can begin without delay. In this way, we will be able to celebrate the imminent 100th anniversary of the discovery of insulin in 2021 with renewed hope that the future will bring a reduced burden of diabetes on all Canadians.

Healthcare providers in support of a nation-wide diabetes strategy 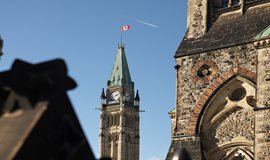 Join thousands of Canadians who are calling on the government to address the diabetes epidemic that is costing millions of Canadian lives and bankrupting our health-care system.

For more information or to book an interview